Mr. Rodrigues | At a Glance 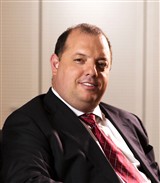 Gilberto Rodrigues was very young and wanted to be a civil engineer, and was thereby inspired to follow his dreams of pursuing a career in the field of civil engineering. After earning his degree, he served as an onsite engineer, site manager and project manager. He was invited to come to Africa in 2001 and has lived and worked on the continent ever since then. He advanced into the roles of country manager, regional director, and now, CEO. He feels that he has been able to thrive professionally due to sheer hard work, an ever-emergent skill set, and his belief that all goals are possible to reach. He is also grateful for the magnitude of support that he has received from the people with whom he has worked over the years, and for the positive attitude that the teams with which he has collaborated have maintained over the years, as these attributes have led toward his advancement in the field.
​
Mr. Rodrigues holds a Master’s Degree in Civil Engineering, which he earned after completing studies in Portugal. In looking forward to a bright future, Mr. Rodrigues intends to grow the business in Africa. He has led to its expansion from 300 million to 1.5 billion Euros, and wants to sustain this growth and development for the company by continuing to cultivate the business. He wants the company to be seen as a top quality company, and is preparing for someone to succeed him.
Click here to read  Mr. Rodrigues' Elite Worldwide Professionals feature

After becoming board  director of the largest Portuguese group at the age of 36, Mr. Rodrigues served as the CEO of the African market of Mota-Engil. Based in Portugal, Mota-Engil is a conglomerate that provides construction, mining, logistics, and energy services. Invited to Africa in 2001, Mr. Rodrigues spent the last 14 years with the company in South Africa, successfully running the African market. He has since moved on from the company.

With a career spanning 22 years in civil engineering, and certain adeptness in international negotiations, Mr. Rodrigues fulfilled his professional responsibilities at Mota-Engil by monitoring market performance and directly handling the commercial side of the business. He also oversaw finances and top operations, and set company policies. Mr. Rodrigues saw many professional successes during his time at Mota-Engil, to which he attributes a great deal hard work and a natural set of professional skills. He also credits his belief that goals are always achievable with a strong capacity of people and teamwork. Mr. Rodrigues became involved in his profession because he has always wanted to go into the industry since he was very young. He gained sound industry knowledge while pursuing a master's degree in civil engineering in Portugal.

In 2012, demonstrating his professional expertise, Mr. Rodrigues was awarded the Portuguese Republic COTEC Prize for entrepreneurship from the Portuguese Honorary Council, an award reserved for the Portuguese working overseas who demonstrate high standards of professionalism. In the coming years, Mr. Rodrigues intends to grow the company in Africa. He has already increased revenue from 300 million to 1.5 billion Euros. He is working on cultivating the business and expanding it to other countries. Ultimately, Mr. Rodrigues wants Mota-Engil to be seen as a top quality company. He is also preparing for someone to succeed him.
​
For more information about Mr. Rodrigues, please visit https://za.linkedin.com/pub/gilberto-rodrigues/55/860/825.
✕